The 140-acre King Mountain Estate in Marin County is going to auction in the Bay Area’s latest mega-sales effort, testing the strength of a market that buyers have flocked to during the pandemic.

There is no reserve for the undeveloped property, which sits high above Larkspur and about a dozen miles from the Golden Gate Bridge by car. It last had an asking price of $25 million, down from $39 million in 2015.

The auction will open on April 22 and close on April 27.

Herbert Boyer, a co-founder of biotech giant Genentech, previously owned the property and won approvals to build a 27,500-square-foot mansion but never started construction. Those approvals are vested and permanently available for the land owner to refresh the permits, avoiding a public approval process that can stretch for years.

Steven Mavromihalis, a broker with Compass who represents the sellers, said the views are spectacular, spanning downtown San Francisco, the Bay Bridge, Mount Diablo, the Marin Headlands and Mount Tamalpais.

The owner is a Los Angeles trust, Mavromihalis said, declining to provide the identity of members.

Real estate website Socketsite reported in 2015 that Metallica drummer Lars Ulrich was an owner of the property. A Metallica representative didn’t have immediate comment and didn’t confirm the report. A Tiburon mansion previously owned by Ulrich sold last year for $10.3 million.

The King Mountain property at 128 Ridgecrest Road is in unincorporated Marin County and spans the borders of Kentfield and Larkspur.

Marin County’s median home price rose more than 10% to $1.45 million at the end of 2020, according to the Association of Realtors. A Compass real estate report said Marin had the highest price increases of any Bay Area County during the pandemic, and sales volume in January surged 50% compared to the prior year.

Mavromihalis said buyers are attracted to Marin’s more spacious homes and easy access to nature, particularly during a pandemic.

“People have been very aware of their surroundings and making their homes an oasis,” he said. 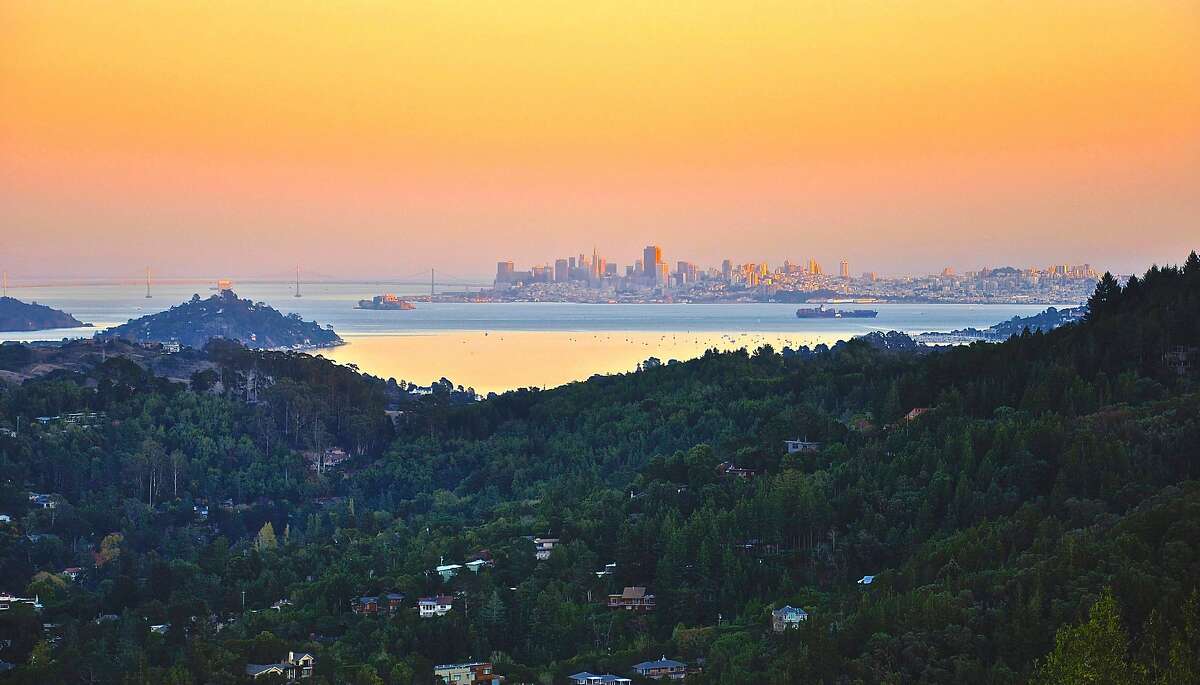 King Mountain Estate has garnered interest but the ownership is deciding to move forward with an auction to maximize value and potentially attract bidders from around the world.

“We have had attention and high-priced offers very near the current asking price,” Mavromihalis said. “Some of the most serious attention has come from young entrepreneurs who don’t want to build palatial estates and are more attracted to it as a sense of a return to nature.”

“I think because of the love that the ownership has with the property, there was somewhat of a reluctance to see it go at a lesser price,” he added.

The public King Mountain Loop Trail has an easement through the property, which will remain. The trail is near the bottom of the property and not in the residential building area, which is around 32 acres and on a flat ridge on the property, Mavromihalis said.

Concierge Auctions, which specialized in luxury homes, is running the auction.

Concierge is on pace to have 200 auctions this year, with an average price of $5 million. The company is well-suited to having all-digital tours during the pandemic and pulling a global pool of wealthy buyers that Roffers said makes the auction process more straightforward compared to traditional sales.

“Buying a high-end property is not as efficient as it should be,” he said. “We are very transparent about our business.”

Concierge previously auctioned off the Villa Firenze mansion in Beverly Hills, which had a previous asking price of $165 million. Roffers said the sale would close soon and it will be the most expensive property auction in history.

Roffers expects the King Mountain site to benefit from the pandemic shift towards homes near nature.

“It’s an extraordinary property,” he said. “What’s performed particularly well are places like Marin and the Hamptons, where you’re away from it all, but you have access to a world class city.”Roland Li is a San Francisco Chronicle staff writer. Email: roland.li@sfchronicle.com Twitter: @rolandlisfFifth & Mission